What is the School Fund?

The Sheen Mount School Fund was set up in the summer of 2018 in response to the real-term decline in government funding received by schools. It aims to attract funds to ensure that, despite

these financial constraints, the school is able to maintain its outstanding educational record and provide a welcoming environment which fosters both learning and each individual pupil's well-being.

The stated objects of the Charity are:

Trustees of the Fund

COVID has had a major financial impact on Sheen Mount. The school stayed open, incl. over the holidays, for vulnerable and key worker children. As mandated, the school continued to pay its usual invoices, whilst incurring significant additional expenditures on staffing, cleaning, hygiene and PPE costs to reopen safely. The school reimbursed all trip contributions to parents despite having made advance payments to reserve the trip slots. Separately, the school had to go without the significant rental income it usually gets for maintenance from wrap-around care, school clubs and holiday club providers. No funding will be received from the government for these additional costs or to compensate for lost income.

Simultaneously all PSA events that were scheduled for after March 13th had to be cancelled, thus not  generating the usual income stream used for additional learning resources, curriculum weeks, playground equipment etc.

We would really appreciate it if you could think of what you might otherwise have spent as a Sheen Mount family or friend at PSA events (e.g. Fun Run entry, food and beverages; Summer Fair entry, raffles, rides, food, beverages and silent auction; cycling trip sponsorships, etc) and donate generously to make up for some of the lost income.

Together we can do this!

Shop AmazonSmile at https://smile.amazon.co.uk/ch/1183219-0, and Amazon donates to Sheen Mount Primary School Fund, at no cost to you.

You can now support also Sheen Mount Primary School Fund in the Amazon shopping app on iPhones and Android phones! Simply follow these instructions to turn on AmazonSmile and start generating donations. 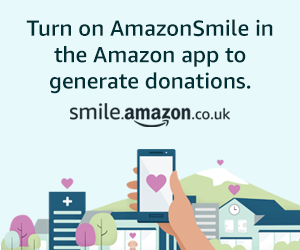