The Impact of the Industrial Revolution on Sheffield 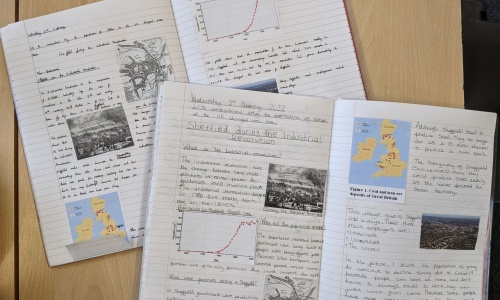 As a part of our geography unit focused on the United Kingdom, this week the children learnt about how cities have changed over time. We used Sheffield as a case study and found out that the population increased rapidly due to the Industrial Revolution in the 19th century. We also found out that advances within train transportation led to the city sprawl, as food and building materials were more easily transported in.

We looked at the physical geography of Sheffield and noticed that it was located near natural resources such as coal and iron ore. Additionally, the topography of Sheffield and its proximity to rivers meant that water could be collected for steam powered factories. Because of these factors, Sheffield's main industry was the production of steel (including cutlery and blades).

A fun fact that we learnt was that Sheffield United is even nicknamed 'the Blades' because of Sheffield's industry!