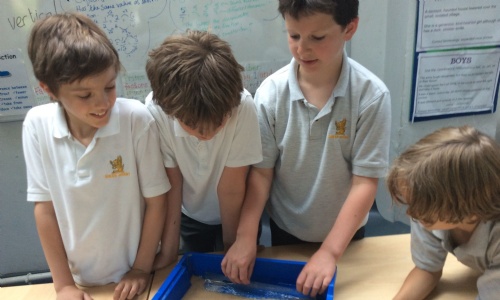 We have had a very busy week in Year 5 with a lot of learning in geography and science. We continued to learn about coastal erosion on Monday. The children recreated a beach using sand trays. They observed what happened to the sand when the waves approached from straight on and then from an angle (using the Isle of Wight as an example). The movement of the sand when the waves approach the beach at an angle is called Longshore Drift. The children then investigated what would happen by adding barriers along their "beaches" and looked how these "groynes " are used along beaches to slow coastal erosion.  In science, the children have begun their learning about human lifecycles. We have been extremely impressed with the discussion this has generated and the way in which the children have used the science vocabulary to describe the beginning of the human lifecycle and the reproduction of humans.

Make sure you have a look in the geography and art folders for more photos from this week.