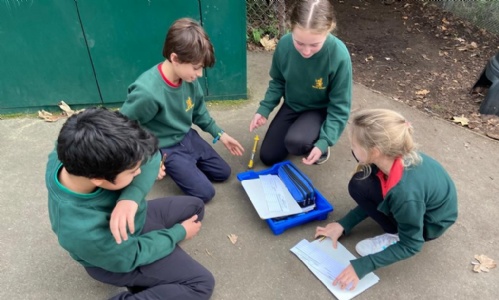 We've had another busy week in Year 5! As you can see from the photo above, the children used trays to test the friction on a variety of surfaces and tested the resistance using a newton meter. We then deduced the materials that, when rubbed together, produced the greatest amount of friction. In English, we completed and edited our persuasive letter in the character of Shackleton ensuring we use formal language, connectives for cohesion and flattery with the purpose of convincing the recipient to join the expedition! We also covered viscosity in our Geography topic of volcanoes. By testing various liquids, we decided that more viscous lava creates stratovolcanoes whereas less viscous lava produces shield volcanoes.