Fly me to moon and let me learn with all my friends... 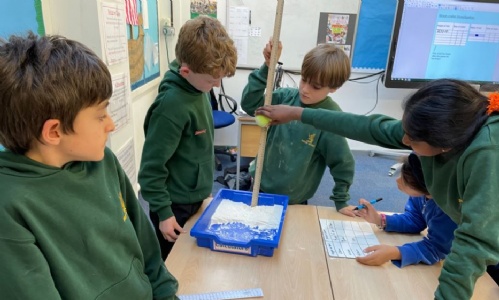 Another busy week in Year 5.  We learnt so much about the Windrush Generation as part of Black History Month.  It was very interesting to learn about the reasons why so many people emigrated from the Caribbean shortly after the end of World War 2 and came to Britain.  We spoke about the contribution that has been made to the United Kingdom by those people and their children and grandchildren over the years.  It was also very thought-provoking to learn about the different experiences of those people who have come to our country - some of them positive and some of them less so - over the years.  In science, we investigated why there are so many craters on the moon.  We wanted to find out if the speed of the collision between objects in space, such as meteorites, and the moon affected the size of the crater.  We replicated what happens with a tray of flour and a ball dropped from different heights as frustratingly a meteorite is too big to fit into the classroom!