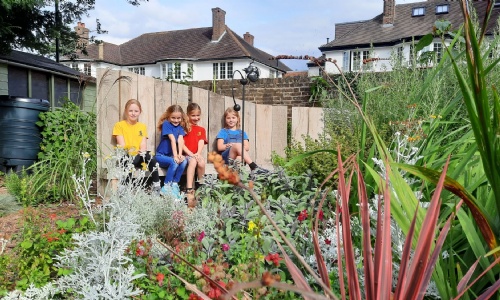 We are very impressed with the work the Year 4 children have produced this week as they have settled into the new routines. From investigating Ancient Greek artefacts to creating a piece of pop art, they have all been doing lots of learning. Read more to find out about this week's myth; Theseus and the Minotaur.

In our English lessons we have been practising starting sentences with adverbs. Here is Rose in 4T's writing of the climax of this week's myth. Can you spot the sentences starting with adverbs?

"Fearlessly, Theseus tiptoed through the dark, gloomy labyrinth. The deeper he got the louder the Minotaur's roar got. Bravely, Theseus lifted his sword up and charged at the Minotaur and stabbed him in the heart. Blood was dripping down. Slowly, Theseus unravelled the soft thread and made his way back to the seven girls and the other six boys.

Quickly, Theseus got Ariadne and sailed away from the island of Crete. Very soon they got off the boat and got some supplies. Ariadne wanted a sleep so she did but Theseus sailed off without her.

King Aegeus was searching with hope for a ship with white sails. Foolishly, Theseus forgot to change the sails. When Aegeus could see a ship he prayed it had white sails but no, black sails it was. Since King Aegeus was so upset he threw himself off the cliff side and drowned."

Here are some photos of some of the children in 4T enjoying their well earned golden time on the field.