Year 3 have been immersing themselves in the Stone Age and rocks.

As part of the science curriculum, we learn about rocks and soils.  This week we found out about the three types of rocks and how they are formed.  ​We have done a great job in remembering three tricky words: igneous, metamorphic and sedimentary.  Here are children from 3MW being rock detectives and identifying their rocks.   We found that if the rock was a bit crumbly, it was a sedimentary rock and if the rock had small bubble holes, it was probably an igneous rock.

Also, we have been reading the book 'Stone Age Boy' by Satoshi Kitamura.  The story tells of a boy who falls back in time and meets a Stone Age girl called 'Om'.  We hear all about his exciting adventures as he learns how to make fire, use stone tools and use a spear to catch fish.  We love the part when the Stone Age people have a party and the boy joins in on his air guitar!  All the children wrote a diary in the role of the boy telling of his adventures.  In our diaries, we used lots of the Stone Age technical vocabulary (such as flint knapping) and amazing adjectives to describe the cave and bear.

We will carry on with our Stone Age and Rocks theme over this half-term. 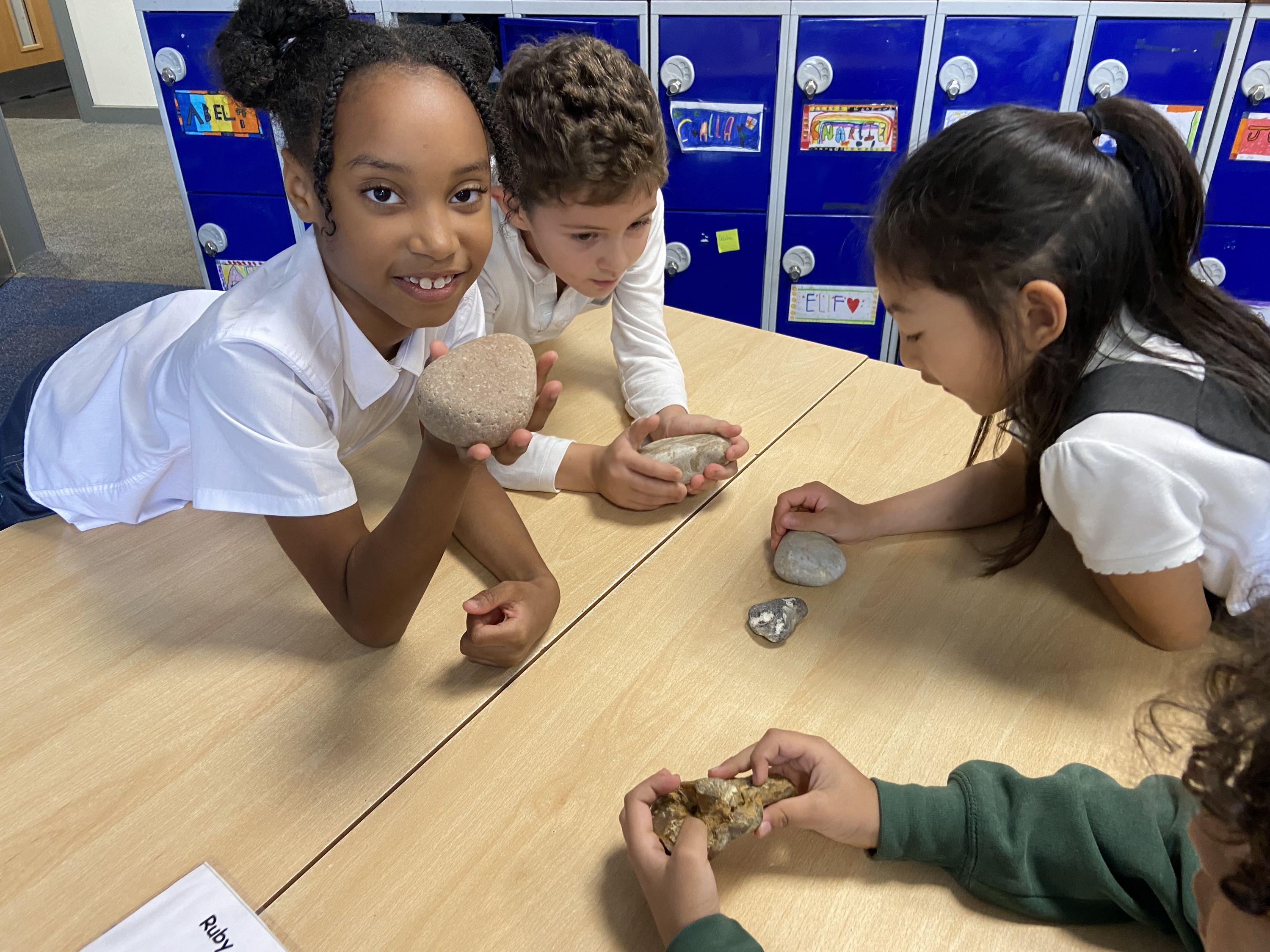 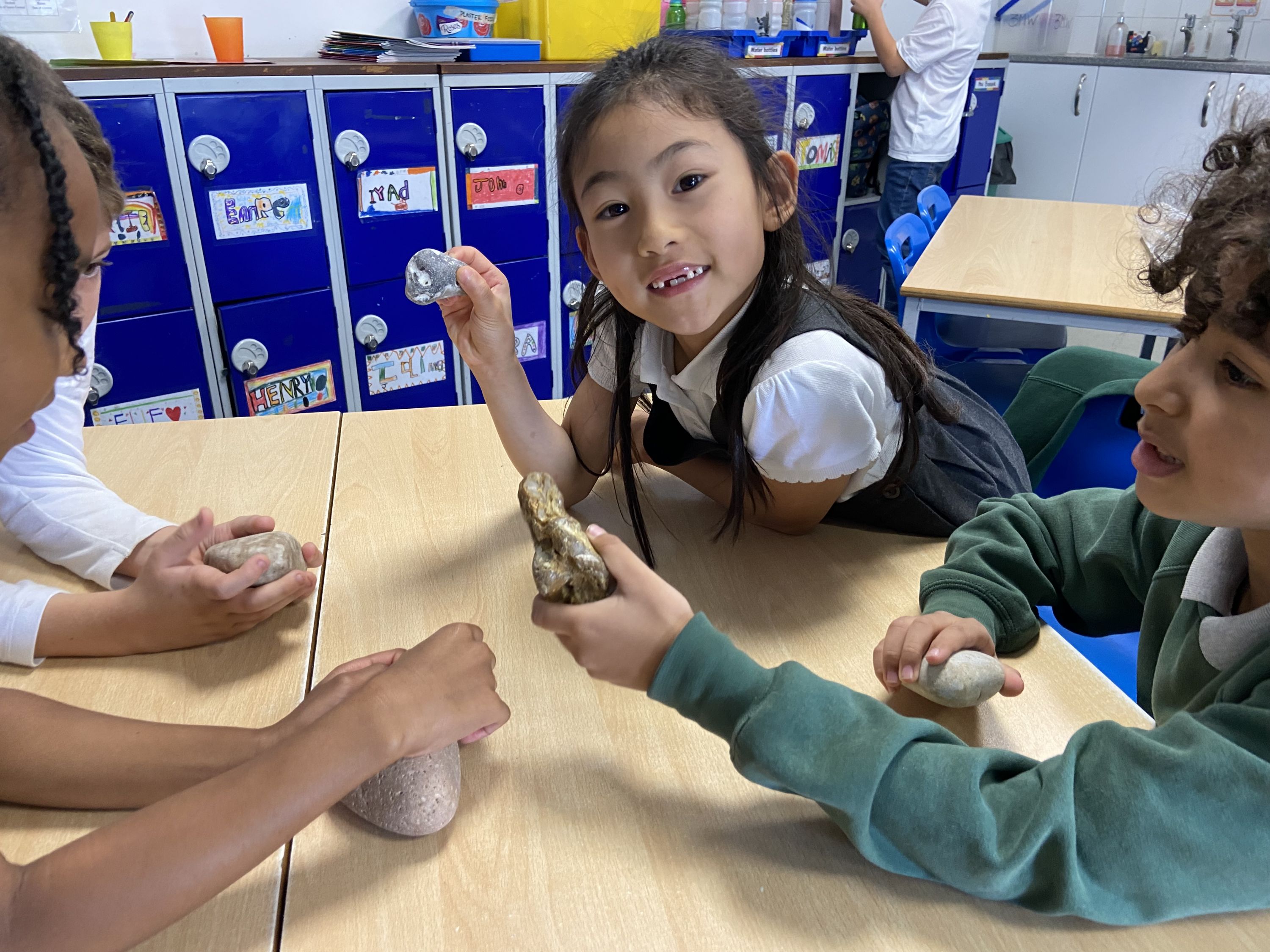 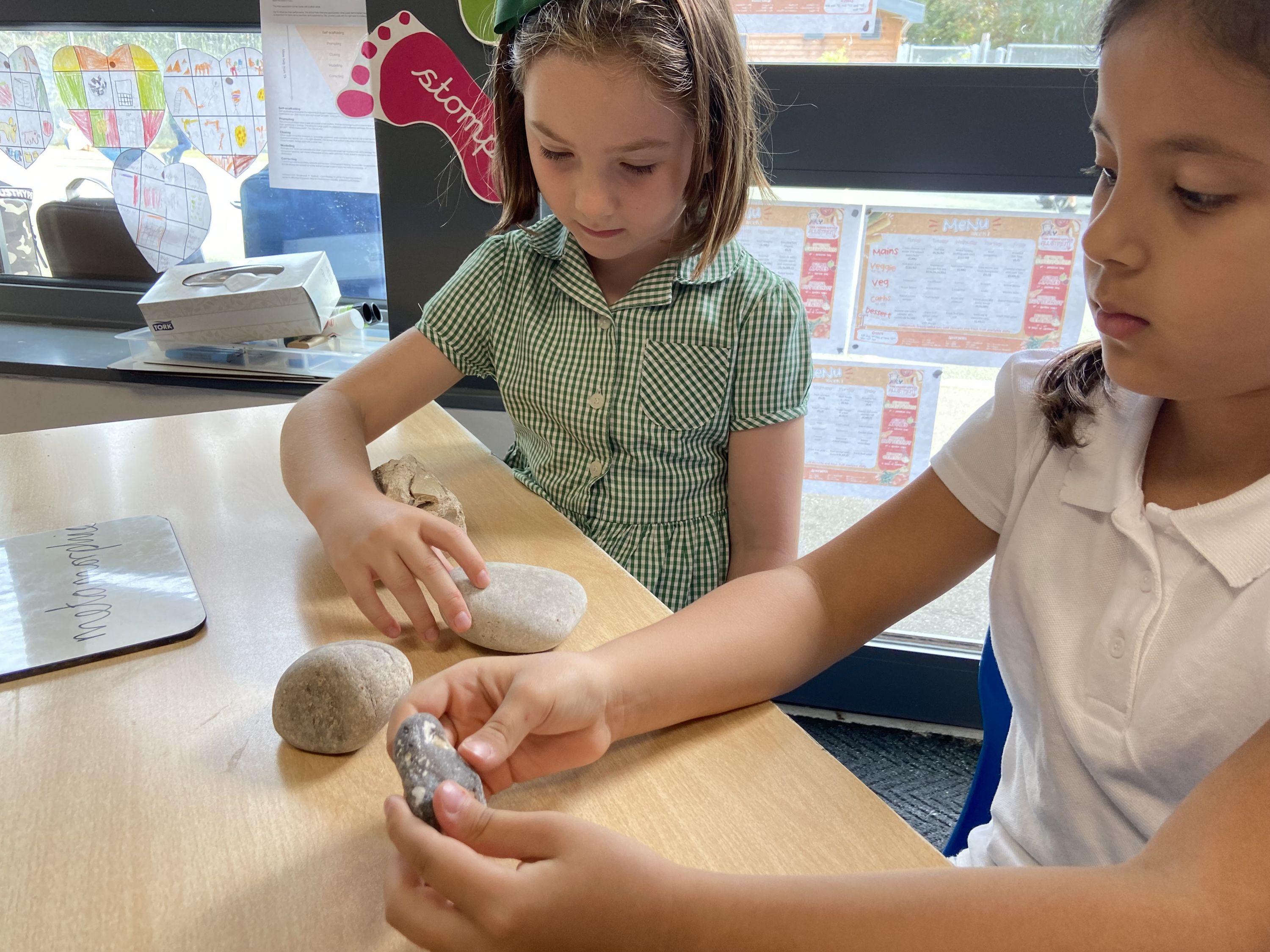 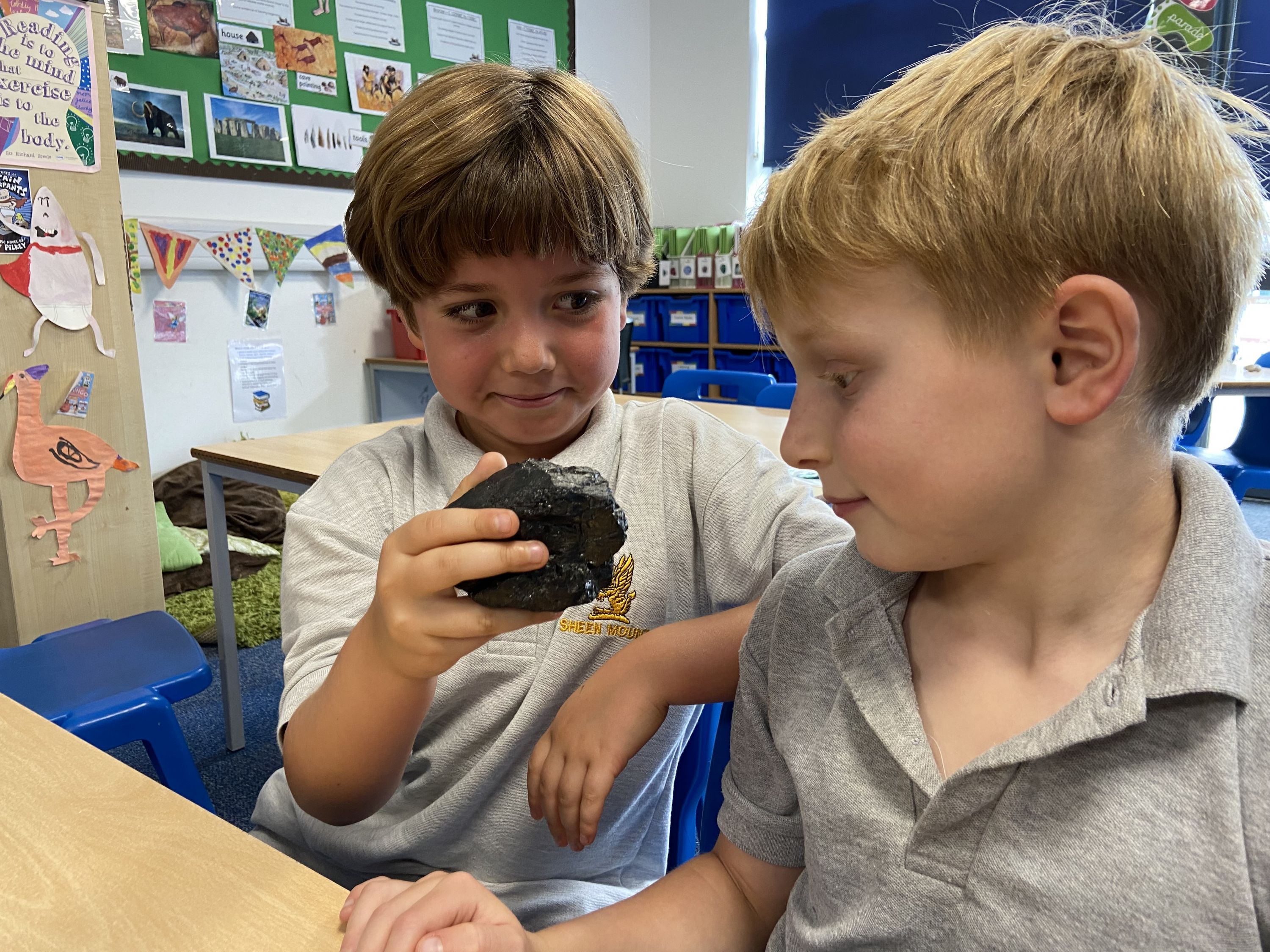