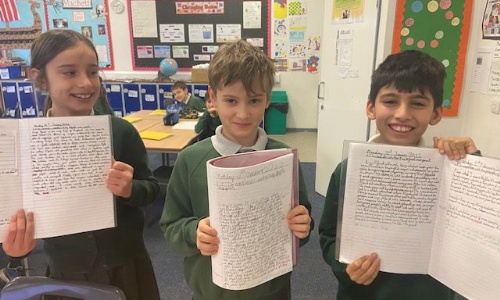 In our history lessons this week, we evaluated the contribution of King Alfred to the history of England and considered whether or not he deserved to have the word “Great” associated with him.  Some of Alfred’s achievements resulted from the courage and fortitude he showed as a warrior and leader in defeating the Vikings in battle and his wisdom in making peace with his enemies after the conflict.  Alfred also introduced laws that were fair and consistent, organised the running of the country and recognised the importance of education in society.  Some of us thought that he was truly a great king whilst others believed that several other monarchs have achieved just as much and also deserve a similarly flattering description.